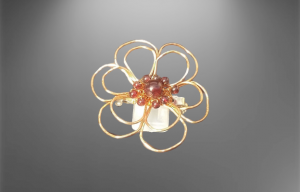 Brooches were known as fibula prior to the Middle Ages. These decorative items, used as clothes fasteners, were first crafted in the Bronze Age. In Europe, during the Iron Age, metalworking technology had advanced dramatically.

The newer techniques of casting, metal bar-twisting and wire making were the basis for many new objects, including the fibula. In Europe, Celtic craftsmen were creating fibulae decorated in red enamel and coral inlay, as early as 400 BC.

Garnet is the birthstone for January and the stone that celebrates the 2nd anniversary of marriage. The name “garnet” comes from the Latin word “Garanatus,” meaning “seedlike,” in reference to a pomegranate. This reference makes sense as small garnets look like the bright red seeds you find inside in a pomegranate. 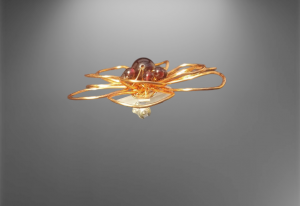 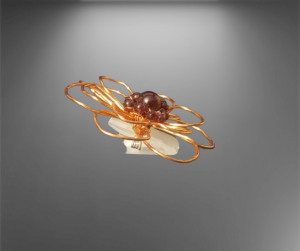 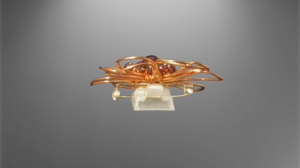 There are no reviews yet.

Be the first to review “Flower Brooch with Garnet beads.” Cancel reply